FORT WAYNE, Ind. (ADAMS) – The sheriff in Allen County will have to complete both anger management and alcohol abuse classes as part of his sentence for shoving a teenager during a festival back in July.

Allen County Sheriff David Gladieux will enroll in the county’s diversion program that allows people charged with misdemeanors to avoid a conviction on their record. A special prosecutor yesterday charged the sheriff for shoving a 15-year-old who questioned him during the summer’s Three Rivers Festival.

The sheriff’s lawyer says he was unprofessional that night, but is not guilty of a crime (Full statement below).

The following press released was sent to media Thursday morning: 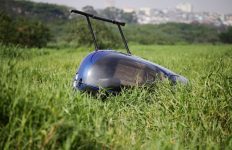