DELPHI, Ind. (ADAMS) – A special judge has yet to decide if charging documents will be released in connection to the Delphi murders.

50-year-old Richard Allen is accused of killing Libby German and Abby Williams in 2017, but the police evidence linking him to the crimes is unknown because the probable cause affidavit was sealed.

The special judge in the case says she will decide in the coming days if that will stay the case or not. She also set a bail hearing for Allen for February 17th at the Carroll County Courthouse.

DELPHI, Ind. (ADAMS) – The suspect in the Delphi murders is asking to be released from jail. Fifty-year-old Richard Allen was arrested on October 28th for the 2017 deaths of Libby German and Abby Williams.

His attorneys filed a request for Allen to be released without posting bond, or for the bail amount to be changed to a “reasonable” amount. This comes as a special judge will hold a hearing in the case today (November 22).

This will determine if court documents showing why Allen was arrested will remain sealed or will be opened to the public.

Look for updates as they become available.

DELPHI, Ind. (ADAMS) – The suspect in the Delphi murders now has legal representation.

50-year-old Richard Allen, accused of killing Libby German and Abby Williams in 2017, asked the court to provide him with a public defender last week.

He had first asked to find his own representation at his initial hearing, but later wrote the court asking for legal assistance due to its cost.

CARROLL CO., Ind. (ADAMS) -The suspect in the Delphi murders is asking for a public defender.

Richard Allen is facing murder charges for the 2017 deaths of Libby German and Abby Williams.

In a request, Allen says he asked to find his own representation at his initial hearing but didn’t realize how expensive it would be.

His request was filed on November 1st before he was moved from the White County Jail to Indiana Department of Correction custody.

DELPHI, Ind. (ADAMS) – A special judge will be appointed in the case of a man accused of killing Libby German and Abby Williams. Richard Allen is facing two counts of murder.

Judge Fran Gull in Allen County is expected to be appointed to the case. This comes after Carroll County Judge Benjamin Diener recused himself.

Meanwhile, Richard Allen will move from county jail to a state prison “for safekeeping.”

Carroll County Sheriff Tobe Leazenby filed the motion to move the 50-year-old to protect him ahead of his trial.

The probable cause affidavit will remain sealed until a public hearing.

DELPHI, Ind. (ADAMS) – A date is set for a hearing on whether or not the charging documents for the man accused in a 2017 double murder will remain sealed.

Richard Allen was arrested Friday in connection to the deaths of Abby Williams and Libby German in February of 2017.

A Carroll County Circuit Judge will decide if the probable cause affidavit in the case will be made public on November 22nd.

Until the documents are made accessible, it remains unknown how investigators linked Allen to the murders.

DELPHI, Ind. (ADAMS) – A 50-year-old man is charged with two counts of murder for the deaths of Abby Williams and Libby German.

The girls were killed in February of 2017 in Delphi. Indiana State Police announced Monday that Richard Allen was arrested Friday and in an initial hearing, he pleaded not guilty.

Allen was working for CVS in Delphi at the time of the murders and reportedly had interactions with the family.

CVS has released a statement about former employee Richard Allen. It is the only pharmacy in Delphi, and people knew him in the town of 3,000 people.

CVS says they are “shocked and saddened to learn that a store employee, who is no longer employed by CVS, was arrested as a suspect in these crimes” and say they are open to cooperating with the investigation.

Court documents in the case are currently sealed. A trial is set for March.

After an extensive investigation, the Delphi Double Homicide Task Force made an arrest for the murders of Abigail Williams and Liberty German.

On February 13, 2017, Abigail Williams and Liberty German were tragically murdered while visiting the Monon High Bridge in Delphi, IN. Shortly after, the Indiana State Police and Carroll County Sheriff’s office created the Delphi Double Homicide Task Force, which encompassed federal, state, and local law enforcement agencies. This task force has worked diligently the last five and a half years to ensure this horrendous crime did not go unsolved.

On Wednesday, October 26, 2022, detectives with the Delphi Double Homicide Task Force took Richard Allen, 50, from Delphi Indiana into custody at the Indiana State Police Lafayette Post for the murders of Abigail Williams and Liberty German. Allen was transported to Carroll County Jail, where he was being held.

On Friday, October 28, 2022, Allen was formally charged with two counts of murder and transported to the White County Jail, where he is currently being held without bond.

This is an active and ongoing investigation. There is no further information to release at this time.

*All criminal defendants are to be presumed innocent until proven guilty in a court of law.

DELPHI, Ind. (ADAMS) – A press conference will be held today to give more information following an arrest that was made in connection to the murders of Abby Williams and Libby German in 2017.

50-year-old Richard Allen has been arrested.

Allen was booked Friday into the Carroll County Jail. Authorities will release more information this morning. The two girls were killed in February 2017 and the suspected killer was spotted in a photo from Libby German’s phone. 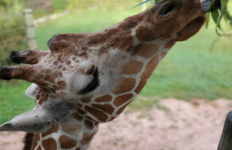 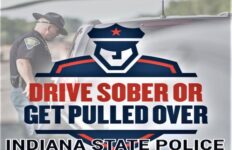 Extra police will be out this holiday season→ 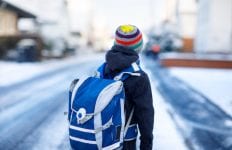 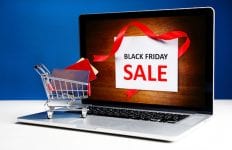