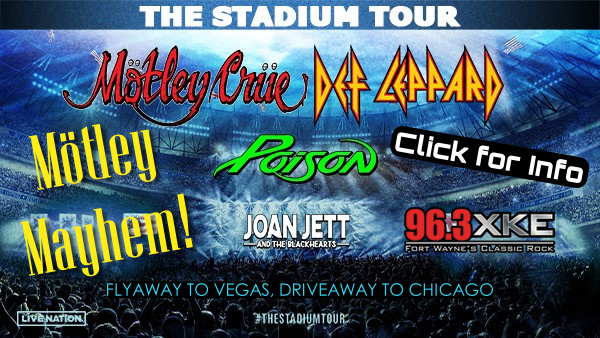 It’s Mötley Mayhem! 963XKE is sending you to see the Mötley Crüe / Def Leppard Stadium Tour in either Chicago at Wrigley Field or Las Vegas at Allegiant Stadium! Plus, 8 runners up will score a pair of tickets to see the tour at Lucas oil Stadium in Indy on August 16th! The Chicago trip includes tickets to the show, a one-night hotel stay and $96 gas money. The Vegas trip will include airfare, two nights at a hotel and $96 spending money. Here’s how to qualify: Starting Monday May 9th and lasting until Friday, May 27th, be #9 at 478-ROCK anytime you hear us play a full Mötley Crüe or Def Leppard song between the hours of 6am and 5pm Monday – Friday. That’s it! You’ll be in to win. only one qualification per household, please. Mötley Mayhem – see the tour in Vegas, Chicago or Indy, from 963XKE – Fort Wayne’s Classic Rock! 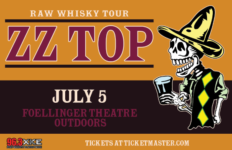 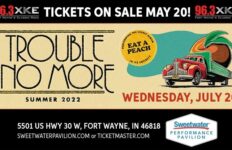 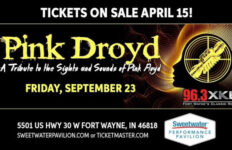 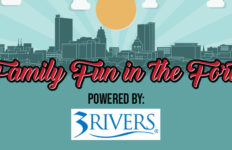 Family Fun in the Fort→