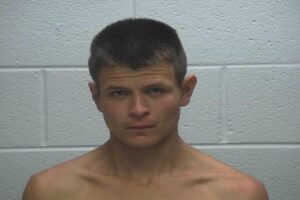 According to the Steuben County Sheriff’s Office, an officer attempted to stop 23-year-old Austin Ray German of Hudson, Indiana, when he was driving around 5:30 a.m. without lights.

German took off and the officer went after him. Police say he went off the road near 2700 W. 500 S. and police began their hunt.

After deploying a drone, Steuben County officers, along with their K-9 Department and Angola Police’s K-9 Department, located German.

He was charged with one count of resisting law enforcement with a vehicle and was also found to have an existing warrant for violating probation.

The incident is still under investigation, and additional charges may be filed.

The following was released:

On 08/02/2022 just after 5:30 am, a Steuben County Sheriff’s Deputy attempted to stop a small motorcycle with no working lights on CR 500 S in the area of CR 225 W. The driver of the motorcycle fled westbound on CR 500 S from the deputy at a high rate of speed in response to the activation of the deputy’s red and blue emergency lights and siren. A short vehicle chase ensured until the suspect left the roadway into a field in the 2700 block of West CR 500 S in an apparent attempt to elude the pursuing deputy.

Additional law enforcement resources responded to the area and a perimeter was set up in an attempt to contain the suspect. After a nearly 3 hour search of the area with the assistance of a Sheriff’s drone, Sheriff’s K-9, and an Angola Police Department K-9, the suspect was located and taken into custody near the intersection of Ozark St and West St in Pleasant Lake by the Indiana State Police. The suspect was identified as 23 year old Austin Ray German of Hudson, IN.

German was booked into the Steuben County Jail on one count of Resisting Law Enforcement with a vehicle, level 6 felony. Additionally, German also had an active arrest warrant out of Steuben County for a probation violation. German remains held on the resisting law enforcement allegation in lieu of a $3,000.00 bond and is being held without bond on the probation violation pending German’s next court appearance. The incident remains under investigation by the Sheriff’s Office and additional charges may be sought.

Assisting the Sheriff’s Office at the scene were the Angola Police, Indiana State Police, and the Ashley-Hudson Police. 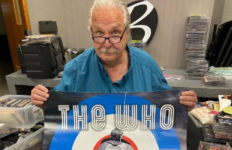 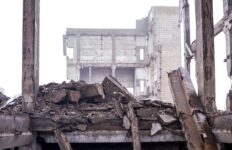 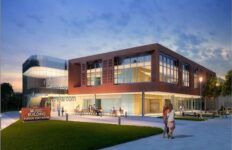 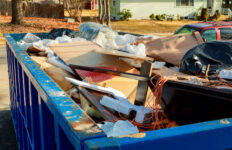