FORT WAYNE, Ind. (ADAMS) – Some of Indiana’s future stars in the fields of science, technology, engineering, and math will gather at Purdue University Fort Wayne on Saturday for the 20th northern Indiana FIRST LEGO League Championship.

The exciting robotics tournament is the high point of competition for 48 teams made up of students between the ages of 9 and 14 who participated in this statewide STEM program.

This weekend’s championship will take place between noon and 4 p.m. at the Lutheran Health Network Fieldhouse, which is part of the Gates Sports Center complex. Admission to watch the annual event is free and open to the public.

If competition from the past two decades is any indication, the fieldhouse will again come alive with the energy of participants who show off their team spirit with catchy names, banners, and shirts. Music plays while an emcee announces each match. All the robot action is also projected for the audience on digital screens operated by Markey’s.

Teams compete with their autonomous LEGO robots on a competition “field” comprised of LEGO structures. The objective is to create new, innovative solutions to everyday problems, allowing participants to see how they can make a difference in their city. Off the field, three judging sessions also give teams the opportunity to present their innovative city proposals, explain their robot design and programming strategy, and describe how they collaborated to accomplish all the tasks needed in preparation for the tournament. The FIRST organization strongly believes that this program is “more than robots,” which is evident through its multifaceted design.

The judging sessions are closed to the public, but the on-field activities in the fieldhouse are open to all spectators and will also be streamed live by Purdue Fort Wayne. A link can be accessed from the College of Engineering, Technology, and Computer Science’s outreach homepage the day of the tournament.

FIRST LEGO League teams are guided by two volunteer coaches; typically educators, engineers, or technology professionals. More than 40 other adult volunteers, including Purdue Fort Wayne faculty and community professionals, will act as referees, judges, and tournament leaders at Saturday’s event. There will also be 66 Purdue Fort Wayne students assisting, almost all coming from ETCS. The tournament demonstrates the huge capacity of the university and community volunteers to collaborate in support of this STEM endeavor.

For the 2019 “CITY SHAPER” Challenge, FIRST collaborated with experts in the fields of architecture, civil engineering, infrastructure, sustainability, and urban planning to create a series of challenging robot missions that reflect what it takes to design and construct practical, sustainable, and beautiful buildings and spaces that cater to the diverse needs of their users.

In addition to Indiana’s two champions, four additional teams will be invited to other national invitational tournaments. One will be selected as the Indiana Global Innovation nominee. This award honors innovative solutions for this year’s “CITY SHAPER” theme. The Global Innovation Award national prize is $20,000, with $5,000 prizes for two other finalist teams. This special, separate competition encourages students to become inventors and entrepreneurs by consulting with experts about their project ideas and designs, encouraging them to create a prototype or draft.

The FIRST LEGO League was initiated by FIRST and LEGO in 1998. Indiana’s inaugural state championship was launched in December 2000 by ETCS at IPFW, now known as Purdue University Fort Wayne. At the core of this STEM program is the teams’ enthusiasm for robotics and engineering, exploration of the annual theme, and sharing newfound knowledge with others. Since its inception, Purdue Fort Wayne has facilitated Indiana’s FIRST LEGO League by collaborating with nonprofit organizations, schools, and universities including Ivy Tech, Indiana Tech, and Purdue University to offer a network of tournaments across the state. The annual championship tournaments are an ongoing commitment to encourage pre-college youth to build STEM skills and consider related careers. 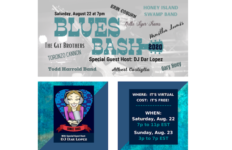