INDIANAPOLIS, Ind. (ADAMS) – The state of Indiana is rich in history. Did you know the following things happened the week throughout the Hoosier state? The Indiana Department of Administration compiled a list of notable events in this week’s Hoosier History Highlights.

1. When is Flag Day?
2. How many stars were on the United States flag when Benjamin Harrison was elected President in 1888?
3. What position did Indiana Governor Thomas Marshall assume after he left the Governor’s office?

1816 In Corydon, 43 delegates gathered to write a constitution for the new state of Indiana. Jonathan Jennings was chosen as president of the committee and William Hendricks was made secretary. Both would go on to serve as governors.

1865 The last Confederate prisoner of war was released from Camp Morton in Indianapolis. The camp had occupied about 30 acres in the area now known as the Herron-Morton neighborhood After the Civil War, the site was restored to its former use as the state fairgrounds. It served in that capacity until 1892 when the fair moved to its present location on East 38th Street.

1893 Antoinette Dakin Leach was granted the right to practice law by the Indiana Supreme Court. The first female attorney in the state, she spent most of her life in Sullivan, Indiana.

1909 Indiana Governor Thomas Marshall issued a proclamation urging citizens to observe Flag Day on June 14. Some Hoosier cities had been celebrating the flag on this date for many years. The holiday received national endorsement by President Woodrow Wilson in 1916.

1936 President Franklin D. Roosevelt was in Vincennes to dedicate the George Rogers Clark Memorial. Among thousands at the ceremony were First Lady Eleanor Roosevelt and Indiana Governor Paul V. McNutt. In his speech, the President noted that “events in history take on their due proportion when viewed in the light of time.”

Governor Marshall’s Flag Day Proclamation:
“The flag of our country should recall all the valor and glory of the past; should serve as an incentive to noble deeds for and genuine devotion to the cause of constitutional liberty in the years to come. It should ripple in every breeze and over every house on June 14. Its unfurling should not be an empty ceremony, but it should quicken the heartbeat, strengthen the patriotic resolution and give glad cheer and good courage to the loyal men and maidens of Indiana.”
Signed by Indiana Governor Thomas Marshall, June 11, 1909 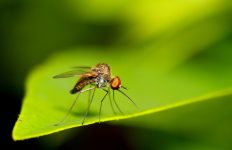 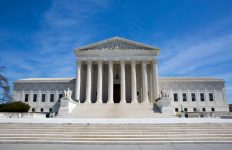 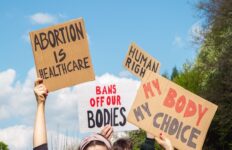