FORT WAYNE, Ind. (ADAMS) – Two men are in jail in Fort Wayne for a high-speed chase that cut through three counties.

The Indiana State Police say it all started about 3 a.m. Tuesday morning near Marion.

There was a traffic stop, but when officers asked about the smell of pot, they say the driver, 23-year-old Jacob Dukes, fought with police and jumped back into his car. He then sped north on I-69 at speeds of up to 120 miles-per-hour.

The chase ended in Allen County when state troopers used spike strips to slow his car. Dukes and another man from Michigan were both arrested.

Christmas on Broadway will return November 20→ 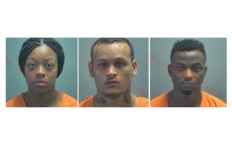 ISP to investigate inmate death at the Wells County Jail→