FORT WAYNE, Ind. (ADAMS) – Organizers for the New Year’s Eve ball drop in Downtown Fort Wayne are excited for the second year.
This year, there will be a real ball as opposed to a digital projection, which was the case last year. An eight-foot, LED lit ball will be dropped from a crane 80-feet high next to Parkview Field on New Year’s Eve.
Engineers have been working on the ball that will be the centerpiece of the night.

In a press release, lead engineer, Phil Sheets said his group was inspired by last year’s event.  “We have been eagerly looking for a way to give back and be a part of the new life being brought to Fort Wayne’s downtown, and helping add to this event seemed like a great opportunity. Within an hour of the New Year, there was a group [of] four engineers excited to get started,” Sheets said.

The venue is also new this year.  The ball drop will be in the silver lot at Baker and Ewing streets.  Live entertainment, including Fort Wayne Funk Orchestra and Alicia Pyle Quartet, starts at 7 p.m., December 31st. Events will run through the ball drop at midnight.

There will also be vendors, food and drinks, and a warming tent.
The Fort Wayne Ball Drop is a free, all-ages event. Temperatures are going to hover around the zero degree mark that night, here’s a guide to staying warm at the ball drop. 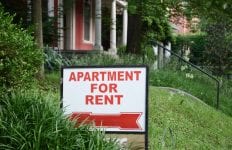 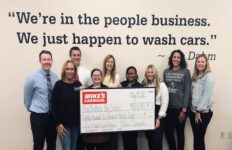 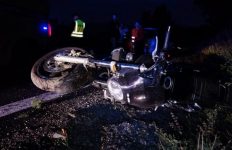 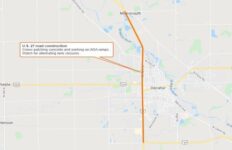