The blaze spread quickly to a nearby garage but crews were able to gain control in abut 15 minutes Thursday afternoon.
FORT WAYNE, Ind. (ADAMS) – Officials with the Fort Wayne Fire Department say they put out a blaze at 116 Branning Avenue just after 4 p.m. Thursday.

Fort Wayne Fire Dept. responded to reported structure fire and found a detached garage on fire. A separate fire was spreading to the garage next door at 122 Branning.
Firefighters made an aggressive attack on the fire bring the fire under control in about fifteen minutes.
The electrical wires for 122 Branning had fallen which created an additional hazard for firefighters.
There were no reported injuries at this fire and the cause remains under investigation. 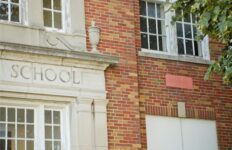