–  Less than 15% of men in the United States are over six feet tall.

–  The first book ever sold on Amazon was a book about artificial intelligence called “Fluid Concepts and Creative Analogies”.  Someone bought it in July of 1995.

–  Knock-knock jokes got popular in the 1930s when a guy named Alf Landon was running for president against FDR.  He picked a former Army colonel named Frank Knox as his vice-presidential candidate and knock-knock jokes about him were a hit.

–  Barney the Dinosaur was originally going to be a talking blanket, then a teddy bear that came to life . . . but eventually, he became a dinosaur.

– A new survey found people who sleep in the nude tend to have more sex than people who wear pajamas.  (Full Story)

–  Couples who live together before they get married have WORSE SEX LIVES than couples who don’t, according to a new study.  They get-it-on less at the beginning of their marriage than other couples . . . and over time, they’re less satisfied with their sex lives.  (Full Story)

–  A guy in the Ukraine recently woke up to find his wife had locked his junk in a CHASTITY BELT to keep him from having affairs.  Emergency crews wound up having to SAW it off . . . but he’s expected to make a full recovery.  He also says he’s considering a divorce.  (Full Story)

–  Women who are especially grossed out by bugs that live on our bodies . . . like lice and fleas . . . are less likely to find men with beards attractive, according to a new study.  (Full Story)

–  A new study found your cat probably WILL eat you if you die.  And they’ll most likely eat your ARMS first.  (Full Story)

–  A Walmart in Florida got an $80,000 donation over Christmas to pay off its layaways.  But when there was $20,000 leftover, the managers and employees used it to buy a bunch of stuff for themselves.  Walmart says it’s taken, quote, “corrective action.”  (Full Story)

–  Pabst Blue Ribbon just announced it’s coming out with a new, quote, “luxury” beer brand called . . . Captain Pabst.  And the first beer in the line is an IPA, which is hitting stores in Chicago and Wisconsin right now.  (Full Story)

–  Busch Beer just announced a new program where they’ll be giving free beer to people in Iowa, Michigan, Minnesota, North Dakota, Nebraska, New York, and Wisconsin . . . a $1 refund on Busch beer for every inch of snow through the end of March.  (Full Story)

–  A guy in Virginia went to a Taco Bell on Monday but only had 70 cents, so an employee felt bad and gave him a free taco.  And . . . the guy pulled a KNIFE because he was upset at the type of free taco they’d given him.  He was arrested on several charges.  (Full Story)

–  A couple in California are facing charges after they left their bike in their front yard to lure in thieves . . . then chased them down and beat them with bats.  (Full Story)

–  Engineers in Switzerland invented a new machine that can keep donor livers alive up to a week.  Currently, they can only survive about 12 hours outside the body.  So, it means a lot more people could get transplants.  (Full Story) 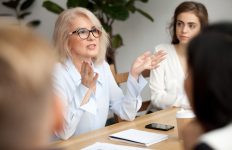