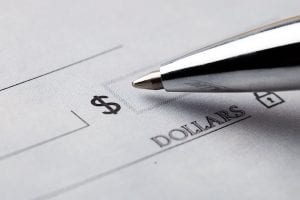 – Seventeen countries have a ban on people owning or wearing camouflage clothing if they’re not police officers or in the armed forces.  The countries are mostly in the Caribbean and Africa.

–  Mark Twain and Helen Keller were friends.  They met when she was a teenager, and he was already a famous author in his 50s.  And he got his rich friends to help pay for her to go to college.

–  The oldest paycheck that’s ever been found is from around 3,000 B.C. in a city called Uruk in the Middle East.  And the person was paid in beer.

–  The first Subway sandwich shop was called “Pete’s Super Submarines.”  It opened in Bridgeport, Connecticut in 1965 and was renamed Subway three years later.

–  The “Twilight” books were originally called “Forks” . . . like the town where the story starts . . . until Stephenie Meyer’s agent convinced her to come up with a catchier title.

– Today is “Blue Monday,” which is considered the most miserable day of the year.  The top reasons are we’re broke after the holidays . . . the weather sucks . . . the nights are too long . . . not enough sunshine . . . and the magic of Christmas is over.  (Full Story)

–  You’ll waste a TON of your life cleaning, according to a new survey. Between vacuuming, cleaning the bathroom, washing dishes, and other cleaning around the house, it adds up to at least 760 total days . . . or about two whole YEARS.  (Full Story)

–  Apparently, we have taste bud receptors all over our bodies.  So, if you put food on different parts of your body, would you be able to taste it?  A doctor says probably not, because, quote, “Just because you have taste buds in that area doesn’t mean you can physically taste those flavors.”  But hey, it’s worth a shot.  (Full Story)

–  A “buff” guy was at Disneyland earlier this month and managed to pull the sword out of the stone . . . which makes him king?  Anyway, Disney employees said he was able to do it because it’s, quote, “really old” . . . and they’re refurbishing it this month.  (Full Story)

–  A 72-year-old guy in China was constipated earlier this month, and after three days, he sat down on the toilet to try to FORCE everything out.  But he pushed so hard . . . HE DIED from a heart attack.  (Full Story)

–  According to a new study, after the Pope visits a town, the town’s abortion rate goes down about 20% for more than a year.  But the number of babies being born doesn’t increase, so that means fewer couples are getting pregnant.  Is it from them using birth control . . . or just not having sex?  (Full Story)

–  A guy in Scotland tried to rob a bank last year using a pillowcase as a mask . . . but he forgot to CUT EYE HOLES in it.  So, he had to take it off during the robbery, which made it easy to identify him.  He just pled guilty to assault and robbery.  (Full Story)

–  A guy in Michigan bought a couch at a second-hand store, then found a box in one of the cushions filled with $43,000.  But instead of keeping it, he tracked down the previous owners and gave it back to them.  It turned out it was their grandfather’s couch, and they didn’t know he’d been stashing cash in it.  (Full Story)