FORT WAYNE, IN (ADAMS) – The NCAA announced on Wednesday that Manchester University will continue to serve as the host institution of the NCAA Division III Men’s Basketball Final Four.

Back in the spring of 2017, Manchester, along with its championship partners — the Allen County Memorial War Coliseum and Visit Fort Wayne — were selected to host the Division III Men’s Basketball Final Four from 2019 through 2022.

Wednesday’s announcement extends the championship’s stay in the Summit City through 2026.

“It is an honor to have been awarded the bid to host the NCAA Division III Men’s Basketball Final Four through 2026!” noted Manchester Athletics Office Manager and Tittle IX & Eligibility Coordinator Tami Hoagland. “The event we hosted in 2019 was highly praised by the participants and spectators, and the 2020 event would have surely met the same standards.”

Hoagland has played an integral role in the hosting efforts as key member of the Division III Local Organizing Committee.

“We are grateful to the Site Selection Committee for giving what is likely the highest compliment of a second bid award, and we are excited to continue partnering with the Allen County War Memorial Coliseum and Visit Fort Wayne to provide Division III student athletes, Manchester University students, and the spectators an exciting, fun-filled experience in Northeast Indiana.”

“The award of our bid to host the NCAA Division III Men’s Basketball Final Four through 2026 will give Manchester University students from a variety of majors six more years of opportunities to gain hands-on experience in their chosen field of study while applying it to sport,” said Hoagland. “In the first year alone, we were able to pull from a talented group of students in not only the area of sport management, but also digital media, marketing, vocal and instrumental performance, and communication studies to make the event a success.”

Games are set to be played in the Allen County War Memorial Coliseum in Fort Wayne.

“It wouldn’t be possible without our great partners at Manchester University and Visit Fort Wayne. These events will bring thousands of visitors to Fort Wayne over the course of many years and we will continue striving to create an exciting and safe atmosphere for student athletes and fans.”

The anticipated economic impact will also provide a boost to the city of Fort Wayne. From 2023 through 2026, the NCAA Division III Men’s Basketball Championships are expected to generate more than $2.6 million in revenue for the Summit City.

Dan O’Connell, CEO of Visit Fort Wayne noted that, “NCAA events bring prestige to our community, help our hospitality community recover and sustain jobs, and brings our community together around a common love in our Hoosier state – basketball!” 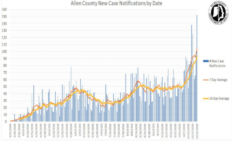 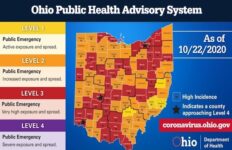