An arrest has been made in a recent shooting. Fort Wayne Police Department Homicide Division has arrested Kennisha Jackson with a preliminary charge of Aggravated Battery in the shooting death of a 19-year-old now identified as Diquan Q. Meriwether. This incident stemmed from an argument over money.

FWPD officials say that on Tuesday, a female called police reporting a male was shot and that he was being transported by her to a hospital from a NE location. She went on to state that the shooting occurred at another location on Abbott St. Meriwether met with another person at that location where an argument ensued and then the shooting occurred.
During the transport, Meriwether was met by police and medic personnel at Vance Avenue and Santa Lisa Court.
He was transported to a local hospital by ambulance where he was pronounced deceased. Jackson was booked into lockup on preliminary charges of Aggravated Battery. She is awaiting a court appearance.

The Allen County Coroner’s Office ruled his Cause of Death to be Gunshot Wound of Chest and the Manner of Death is Homicide.

FORT WAYNE, Ind. (ADAMS) – Police in Fort Wayne are looking for answers after a deadly shooting on the city’s northeast side. Around 3 p.m., officers found the man’s body yesterday afternoon in a car at an apartment complex on 4205 Roseview Road, not far from the Purdue Fort Wayne campus.

Police say the 19-year-old was shot somewhere on Abbott Street, then brought to the apartments. There is no word on why he was shot, or who pulled the trigger.

“His name and manner of death will be released by the Allen County Coroner after family notification.
Preliminary information states that the male was with a female at a location on Abbott Street when the shooting took place. The male was then put in a car and driven to another location NE. The male was eventually en route to a hospital but the driver pulled over around the area of Lisa Ct and Vance Av where police and medics attended the victim.

He was transported to a local hospital where he was pronounced deceased by doctors.
This investigation is ongoing and we again are asking for the community’s help in giving us any information on this or any other recent shooting. Anyone in the area of Abbott and Pontiac are asked to review surveillance video and call us if you have anything that may assist this investigation. Call 427-1201 or 436-STOP if you have any information.” 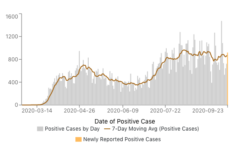 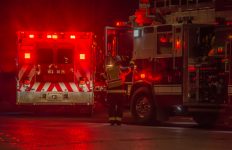 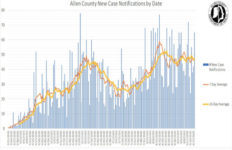 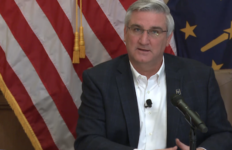