Americans Get More Excited About Valentine’s Day Than Christmas?→ 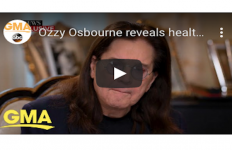