Four Things to Look Forward to in August →

The 10 Signs Your Relationship Will Fail, According to Science→

The “MTV Video Music Awards” Nominees Are Out→ 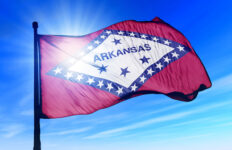