Friday on Hulu:  The series premiere of “High Fidelity”.  This remake of the 2000 movie is a gender role reversal.  It stars Zoe Kravitz as a Brooklyn record store owner who revisits her past relationships through music.

Friday on Hulu:  The series premiere of “Utopia Falls”, a sci-fi hip-hop drama set hundreds of years in the future where contestants in a music competition discover a secret archive that exposes them to hip-hop music and they start a revolution with it.  (Trailer)

Friday on Apple TV+:  The premiere of “Visible: Out on Television”, a five-part documentary that looks back at the evolution of the LGBTQ character, homophobia, and people coming out in the television industry.  (Trailer)

Friday at 8:00 p.m. on Disney:  “Zombies 2”, a sequel to the 2018 Disney Channel movie about the taboo relationship a human cheerleader has with zombie quarterback Milo Manheim after the school integrates to let zombies in.  (Trailer)

As for Daytime Talk Shows:  Jim Carrey is on “Kelly Clarkson”, John Legend guest hosts “Ellen”, Steve Harvey is on “The Talk”, Lucy Hale is on “The View”, and Will Ferrell is on “Kelly and Ryan”. 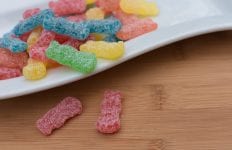