MISHAWAKA, Ind. (ADAMS) – Thursday afternoon, around 2:02 p.m., Indiana State Troopers and officers with the Mishawaka Police Department attempted to make a traffic stop on a gold 1997 Honda Civic being driven by a 50 year old Mishawaka man near Battel and Division. Troopers had knowledge that the man had an active Level 2 Felony warrant out of Marshall County for Dealing Methamphetamine.

When troopers in fully marked Indiana State Police cars turned on their lights to make the traffic stop, the driver allegedly did not stop and fled. Approximately three minutes later the Honda was fleeing westbound on Lincolnway and attempted to turn northbound onto Ironwood. The Honda then crashed into the right rear tire of a northbound white Ford F-150 that had the right of way. The Ford received minimal damage and was later able to drive away from the crash.

The driver of the Honda complained of pain and was transported to Memorial Hospital where he was admitted for injuries that are not believed to be life-threatening.

All information will be turned over to the St. Joseph County Prosecutor’s Office who will determine what additional charges may be filed. 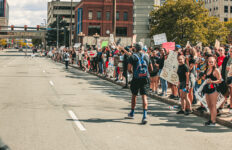 FWPD thanks demonstrators for another peaceful day→

Lawsuit against the Allen County Sheriff moved to federal court→ 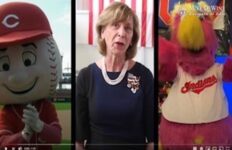 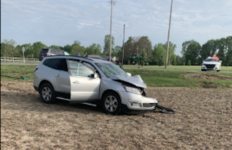